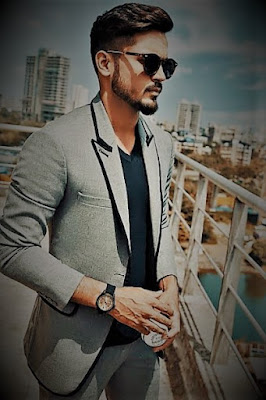 Manish Pandey is an Indian Cricketer. He will always be known for the first Indian cricketer to score a century in IPL. He has emerged as middle-order right-handed batsmen and a good fielder as he never missed the ball in the ground. He emerged from Karnataka domestic cricket and KKR and SRH and also played as an opening batsman in RCB in IPL. 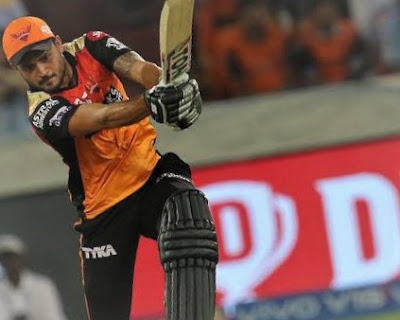 Manish Krishnanand Pandey was born on 10 September 1989 to Krishnanand Pandey and Tara Pandey. He is an Indian International cricketer. He has emerged from domestic cricket in Karnataka as middle-order batsmen who were playing aggressively in his starting career but after sometimes he lost his form in IPL and in T20 but somehow he was able to manage himself and the team management and selectors believed in him. He did his ODI debut in 2015 14 July against Zimbabwe. 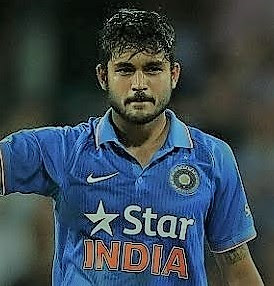 Hobbies - Listening to music and reading. 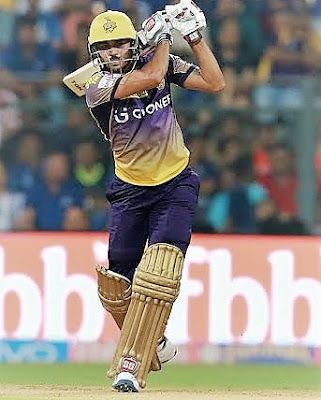 
The secret of your future is hidden in your daily routine"
A post shared by Manish Pandey 🇮🇳🙏🏻 (@manishpandeyinsta) on Jan 8, 2019 at 7:33pm PST


Recently Manish Pandey marries Actor Ashrita Shetty in Mumbai hours just after winning Syed Mushtaq Ali trophy. With this, he became the part of the married cricketers list.
This ceremony held in Mumbai in December 2019 on Sunday. Ashrita Shetty works in Tamil films and has been featured many times in most Tamil movies. 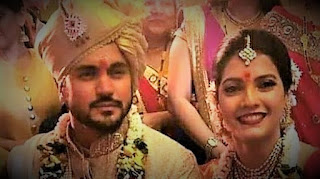 Manish Pandey emerged as an aggressive batsman but after a few years of his good and record-breaking performance, he lost his form not once but many times. Slowly the rise in his name and fame began to fall. But somehow he managed himself and selectors believed in him and now he gained his form back and giving a lot of runs to his team and contributing to the team in winning the matches.
Recently he marries Ashrita Shetty in Mumbai.


Manish Pandey knows how to get up after falling in life. As the above facts and figures, it is proved that he is a good sportsperson.


Nothing looks better than denim. My all-time favourite Helix watches are out with their all new denim collection. #DontStop and get yourself this super stylish watch right away! Shop now at bit.ly/HelixTimex #Helix #HelixWatches #Watches #DontStop
A post shared by Manish Pandey 🇮🇳🙏🏻 (@manishpandeyinsta) on Mar 19, 2019 at 6:20am PDT

By Author December 07, 2019
Roman Reign is an American wrestler who was born on 25 May 1985 . His full name is Leati Joseph Anoa'i. Before coming into a wrestling career he was Footballer at Georgia Institute of Technology. He debuts in WWE in 2012 and had marked his name in the best wrestler in WWE. He has played side and lead roles in most of the Hollywood movies. View this post on Instagram Hard work is done, now it’s about looking good on that carpet! 🤙🏽 #HobbsAndShaw @hobbsandshaw #Repost @therock ・・・ Early we rise, tonight we shine. Great to get early morning workouts in with my Uso, @romanreigns at my #IronParadise this week. Tonight is our massive HOBBS & SHAW WORLD PREMIERE and it’s time celebrate with Hollywood, the world and especially, THE FANS. From my cousin Roman to @idriselba, I brought in only the baddest, most talented (and most fun;) dudes on the planet to be in HOBBS & SHAW. Actually, we’re just a bu
Post a comment
Read more

By Author December 05, 2019
Yohan Blake is a Jamaican Sprinter (Sprinter means Running over a Short distance in a limited period of time) and Olympic gold medalist. He is born in Jamaica and won the gold medal in the 2011 Olympics for 100m and Silver medal for 100m  and 200m in London in 2012. He sets the record for the fastest junior sprinter who completed 100m in 10.12 seconds and left his competitors behind. He did not shock his competitors behind but also to the whole world by setting the world record for the youngest sprinter for 100m distance completing in 10.12 seconds. View this post on Instagram A post shared by Yohan Blake (@yohanblake) on Sep 29, 2019 at 8:05am PDT Biography/Wiki Yohan Blake is born on 26 December 1989 to Veda Blake and Shirley Blake in St. James Parish, Jamaica . He is a Sprinter who won the gold medal for 100m in the 2011 Olympics and silver medal in 2012 in London . Not even
Post a comment
Read more

By Author November 29, 2019
Asaduddin Owaisi is a great Indian politician, who is president of All  India Majlis-e-Ittehadul Muslimeen(AIMIM) . He is four times a Member of parliament representing in Hyderabad Loksabha constituency. He has completed his  graduation in Bachelor of Arts from Osmania University. After completing his graduation he then moved to London for higher studies and with his Bachelor of Laws and Barrister-at-law , he became an advocate. View this post on Instagram A post shared by Asaduddin Owaisi (@asadowaisiofficial) on Nov 9, 2019 at 8:37pm PS Biography/Wiki Asaduddin Owaisi was born on 13 May 1969 to Sultan Salahuddin Owaisi  And Najmunnisa Begam .   He comes from a political family of Hyderabad. H is nickname is   Naqeeb-e-Millat , Qaid and commonly known as Asad Bhai . His grandfathe r Abdul Waheed Qwaisi relaunched the MIM party as All India Majlis-e-Ittehadul Muslimeen(AIMIM).  As a pol
Post a comment
Read more